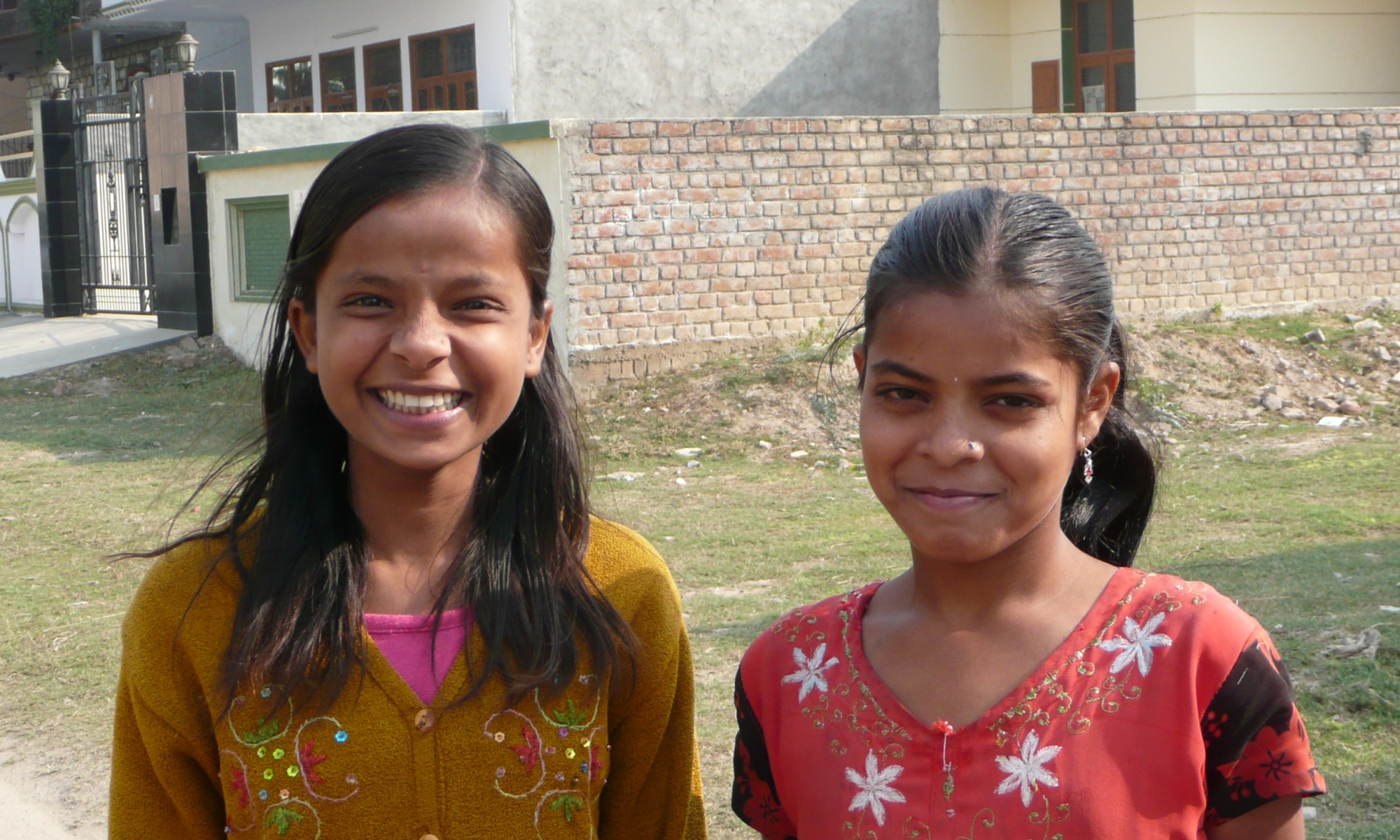 I wrote this experience some years ago when I still was in India in 2009. I found it again and published it here on the blog. It’s a story how I have learned from people I met at a school where I had an intern period.

I was part of a task force, making an educational database for a school for migrant and slum children who aren’t getting formal education, and my specific task was to write English tasks for it.

The school, or, Academy for Working Children (AWC) was in Gurgaon which near New Delhi, about an hour away by train. The AWC was at the near outer edge of the newly developed city. Far away from all the new and modern high-rises. Industrial workers lived here mixed with some middle class families who were living in the more fancy homes.

The room I was working in at the AWC belonged to a volunteer. There was a bed and a table which I used during the day as I slept in another building. The volunteer did fieldwork so I had the room all for myself.

The room was on the top floor together with another room where other teachers were living and where the cook made us our meals. The weather was already changing from the hot to the cold season. I knew both, but I never experienced the actual change.

I used to be surprised how cold a cold season actually feels like. Whenever it is blazing hot in the hot season, you really want to have it cold, thus the more you want it to be warm in the cold season. Even though it wasn’t at the coldest yet, I was already freezing up there in that little room. The walls of that room, felt like a heater when it still was hot but now it was sitting in a fridge.

The moments to come out of the room were a relief nice as the sun still was quite warm during the day. At lunch, for example, then we sat outside on the roof terrace, eating our meals and enjoying each others company. The roof terrace had a multi purpose. It was our  place to eat, there was a whiteboard so it could be used as a classroom, and there were clothes lines between the 2 rooms where we hung our clothes to dry. I think that everyone knew from each other what  underwear we wore at some point – the students must have known this as well I think!

When you take a look from the terrace to the neighborhood you can see the narrow streets, houses of migrant workers who are living under circumstances I wouldn’t want to be in. To the left was a slum area, partly for people who want to live like they do and partly for people who don’t. The slum-dwellers typically recycle everything that you can imagine. Most of their ‘trade’ (read junk) is picked up by the kids, which also were at our school. I have been told that they actually make quite a good deal with all their recycling activities, which is materialized with golden jewelry that the adults constantly wear. Gold doesn’t looses its value as the Indian currency may drop and rise all the time.

I didn’t feel so sorry for these people in the end as I expected to feel because I have seen that they aren’t really as ‘poor’ as I thought they would be.

I felt much more sympathy for the children of migrate workers. Families far apart from each other, living in impoverished buildings, children taking care of their youngest siblings being completely away from ‘home’ for an indefinite period of time.

There were many kids in the AWC. Like in all possible situations, there are always people where you almost automatically come closer with than others. Also in the oldest class. There were a few kids with whom I had some kind of contact with. Not that it was easy as there is a language barrier, but they could express themselves in such a way so we could understand each other.

Occasionally I  was helping them with their homework, sitting on the roof, under the already dried underwear. Then I suddenly had the idea to visit one of the kids to see with my own eyes how they were living and to share that story.

That idea one of the kids also liked. She was a girl of about 11 years old (left on the cover picture). Always happy and always smiling. She was one of them coming on the foreground and trying to tell what she and others mean if there was a need to. She was one of the ones with who I could have some kind of conversation with using English as language instead of body language alone.

She invited me to come to the place where she lives. After school was over I met her at the entrance and off we went. The first part of the walk I knew as I have been walking there before.

Soon after we went of this road and she led me through streets where the upper middle class are living. Left, right, right, left, right, left, left, right, left, OMG!! I hadn’t got a clue anymore how to get back! Suddenly the houses we over and the narrow streets with poor quality buildings doomed up in front of my eyes. I still cannot believe that those building are standing as the concrete looked quite weak to me. It was dirty, stinking, dark, narrow, and grey. This in contradiction with the wonderful smiles of the kids who were running around, the colorful clothes that were hanging to dry and the friendly atmosphere that was hanging in the air.

She led me up stairs to the little room in the back corner of such a building – there’s where they are living. Father, mother and her packed in a single room smaller than 15 square meter.

Inside their room she invited me to sit on the bed and she, with a friend from the same building, joined on the floor. She made it somehow clear that a part of the family still is living in an other state with her brother. She, being a girl, had to come with her parents to take care of everything. She already had lived there some years and when she was telling about her life, her tasks and her family, she started to look sad.. Clearly she missed them. Her friend also saw this and took her hand for a second or so. She seemed to be happy that I understood and for the fact that she could share her impressive life story that she already has at the age of 11.

For a few minutes we were all looking silently to the floor all in our own thoughts thinking the thoughts as they were passing by.

Then her ‘free time’ was over and she tried to make clear that it was time for me to leave. The sun was starting to set and I had to find out how to come back to school.

“You go home and you go to school”

– “okay… yeah sure!” Not knowing what she exactly mend.

“Come, come! You go home and you go to school!”, she said with a big smile as she understood that I didn’t understand.

In her enthusiasm she took my hand and let me downstairs and zigzagging all the way back to the point from where I could see the main road again.

“You go home (pointing at me) and YOU go to school! (pointing at herself)”, she said determined with a big smile on her face.

– “Aaaahhhhh ‘I go school and YOU go back home’; now I understand!” and I started laughing.

So we said goodbye and I continued the walk back. The sun was about to set and the last comfortable warmth changed rapidly to a chilling temperature. Satisfied with having seen this I went to bed and the next morning I saw her again with the same happy smile as she used to have.”